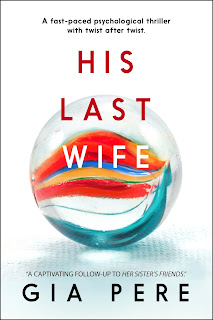 A mysterious woman on the run joins an aging A-list actor on a tropical film set where a sudden tragedy puts everyone in jeopardy.

Sofia is having her Cinderella moment.

She's been plucked from obscurity, flown to a tropical location as a companion to an older but still bankable Hollywood power player.

The catch? His family is there for a free vacation, and they're as damaged as they are hard to ignore.

There's the older son, an actor himself, but with a massive chip on his shoulder.

There's the daughter, a spoiled teen who treats the world as her personal playground.

And then there's the ex-wife, a fading star who's loud and rude, but surprisingly likeable, in her own special way.

All of them want something from Sofia.

Can she be everything to everyone, or was inviting her to paradise a huge mistake?

They all think they know Sofia, but they're all wrong.

When the bodies start piling up, it's already too late.

If you love bad girl antiheroes who make questionable choices without apology, this is the book for you.